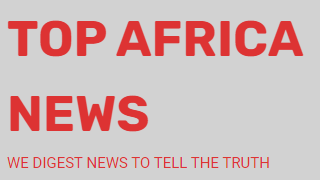 On the occasion of this launch, Hooza Media is set to broadcast the audio version of the book « Bisesero, le Ghetto de Varsovie Rwandais » by French writer Serge Farnel.

The book was published in 2014 and it will be read by the author in Hooza Media studios.

This audiobook will be available in 15-minute episodes published every 2 days on the platform, allowing listeners to continue listening to this story directly and for free on their phones for several weeks.

Testimonies from genocide survivors in Bisesero will also be posted online to allow listeners to be fully occupied and to help them better understand this so sensitive part of the history of the genocide against the Tutsi in Rwanda.

With each of these podcasts, a button will allow listeners to make a donation to foundations chosen for their determination, both to help survivors of the genocide and to fight against any form of denial against this genocide.

This approach is non-profit and aims to reach French-speaking communities in Rwanda, Africa and around the world.

Hooza is a digital media founded in 2013 in Rwanda with a regional office in Dar Es Salaam, Tanzania. Hooza operates in 10 African countries and supports African governments as well as international organizations in their institutional communication for the greatest number via the mobile phone, the leading medium in Africa.

French engineer (aeronautics and space), professor and writer, Serge Farnel devotes ten years of his life to fighting, as a journalist, against denial of the genocide perpetrated against the Tutsi in Rwanda.

Invited by the CNLG (National Commission for the Fight Against Genocide), then headed by Jean de Dieu Mucyo, to speak in April 2009 on the occasion of the 15th international symposium, he took the opportunity to collect testimonies that put him on the track of an active participation of whites in the biggest anti-Tutsi massacre: that of May 13, 1994 in Bisesero.

To fully document the testimonies, Jean de Dieu Mucyo and Tharcisse Karugarama (then Rwandan Minister of Justice) encouraged him to return to continue his investigation, which Farnel did in the presence of a journalist from the Wall Street Journal.