June 27, 1994, Bisesero, western Rwanda. A convoy of French soldiers of the Turquoise "humanitarian" operation reveals to the genocidists the presence of hundreds of Tutsi civilians, who think they are coming to rescue them. They are about two thousand hiding since the massacre which, a month and a half earlier, on May 13, made some fifty thousand victims. But the French leader of the convoy leaves, explaining he will not be able to rescue them within the next three days. During this period, half of the Tutsi survivors of the May 13 massacre will be exterminated. They have just shown themselves to a militia chief serving as a guide for the French, who now bring him back to the place where they took him. However, the Tutsi have earlier denounced him as one of the genocidal leaders of the region. The French are therefore aware that once released, he will tell his hierarchy there are still a lot of Tutsi, indicate their hiding place, and above all indicate the time they have left to exterminate them.

However, there were solutions : keep the genocidal guide in quarantine for three days, escort the Tutsi to the French camp in Gishyita (an hour by foot), while night was falling and the genocidists had returned home, escort them to Kibuye where they would have arrived at 9 p.m., leaving French soldiers on the spot until reinforcements arrived. There were solutions.

Then the second round of the Bisesero genocide can be set up exactly the way it was during the massacre of the fifty thousand Tutsi civilians a month and a half earlier at the same place. Once the guide has informed his hierarchy, the Interahamwe [genocidal militia formed by French soldiers of Operation Noroît in 1992 and 1993] are called from other regions (Cyangugu, Gisenyi…).

As was the case a month and a half earlier, buses full of murderers are now heading to Bisesero. As was the case on May 13, the Tutsi see again, in the hands of the killers, these new sharp machetes on both sides. Some former genocidists remember that soldiers of Turquoise distributed these arms from boxes in their Jeep then parked at Colonel Simba's in Cyangugu.

There ends the comparison. At the end of June, the Tutsi are only two thousand. On the morning of May 13, they were fifty thousand. At the end of June, exhausted, decimated, the Tutsi could not but hide. Before May 13, their courage and intelligence had led the Interahamwe to fear these men, women and children, in rags and unarmed! So why have the Tutsi been unable to resist against the May 13 genocidists? Here is the answer.

The genocidists had turned afraid and no longer wanted to risk their lives to exterminate them. Therefore, white soldiers were called to supervise these genocidists and encourage them. The scenario was simple: encirclement of the mountains by the Hutu population supervised by the militiamen, then opening of heavy weapon fire by the white soldiers, then machine gunning by the white and Rwandan soldiers, finally the militiamen and Hutu population finishing off the few survivors. 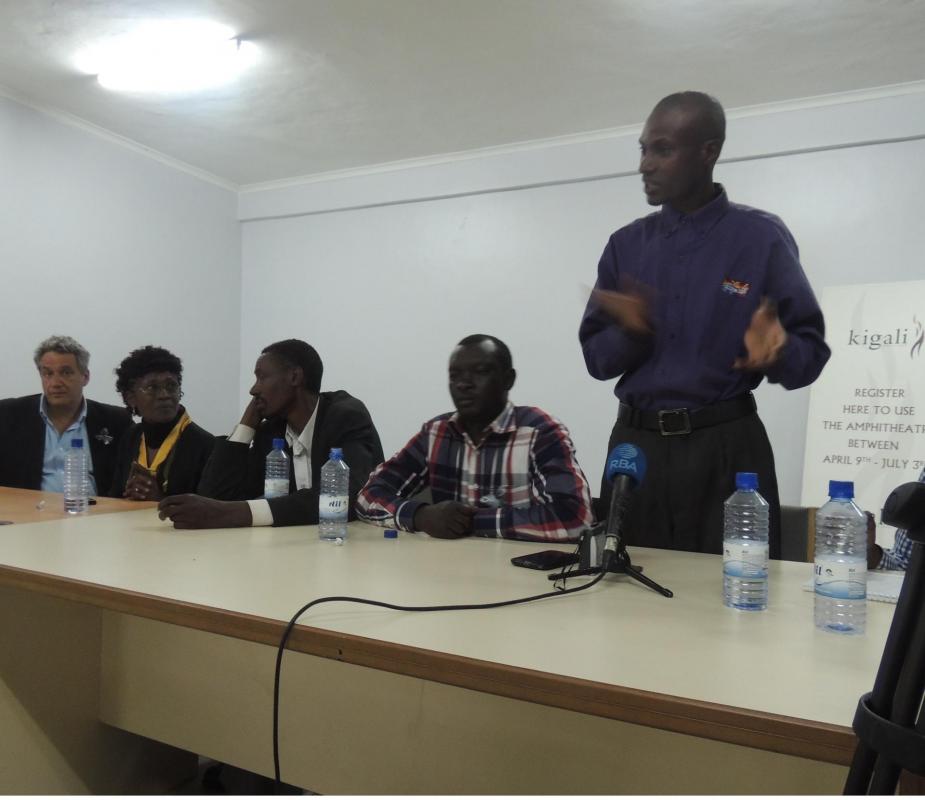 Among the Tutsi survivors, not all of them saw the Whites during the May 13 massacre. The latter were only several dozen among a crowd of thousands of Rwandan genocidists. But they were commanding. Some Tutsi only saw them on May 12, during the preparation for the massacre, others only on the 13, others on both days, others did not see them at all.

Now back to June 27. Why the Tutsi, who saw the Whites on May 13, now trust the French soldiers and come out of their hiding place? Simeon Karamaga, deputy chief of the resistance at Bisesero, gives us an answer. 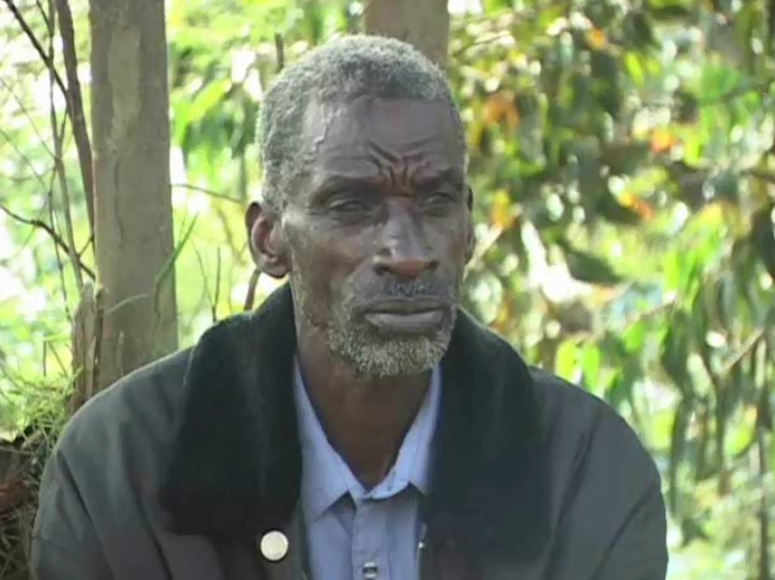 Simeon only saw them on May 12, when they gathered in Ruhuha with the Rwandan genocidists. When asked why he showed himself to join the French soldiers on June 27, although he had seen Whites joining his assassins the day before the great massacre, a month and a half earlier, he replied: “There they called us. Imagine yourself dying for a long time. If someone calls you to tell you he is going to save you, you don't hesitate. "(Interview with Simeon Karamaga: http://www.bisesero.net/pages/l-enquete/extraits-filmes-de-temoignages.html) Other Tutsi survivors, who remembered these Whites of May 13, said the same when they decided to show themselves. They had nothing left to lose. Besides, weren't these white people part of a humanitarian mission? Why should they necessarily be linked to those of May 13?

Now let's ask ourselves. On June 27, 1994, there was an opportunity to show the journalists in the convoy that Operation Turquoise was there to save civilians. Tutsi civilians being exterminated come out from everywhere and ask for the protection of the French humanitarian mission, all this in front of journalists! It’s a gift for Turquoise communication! So why not take this opportunity to make the front page of all the newspapers? Why ? This question I am asking here is one that I was once asked to be taken into account by Bruno Boudiguet, author of "Friday the 13th in Bisesero". I think he had just realized the reason for Turquoise's abandonment of the Tutsi from Bisesero on June 27, 1994.

Because the answer to this question may be that the risk to have survivors testifying to the active participation of these white soldiers (French for some witnesses) in the May 13 massacre could not be taken. And after all, Nyarushishi camp had been the place chosen to prove to the press the alleged humanitarian character of Turquoise.

Simeon Karamaga died on May 2020. His exceptional courage made it necessary to call for external forces with heavy weapons to overcome men and women like him, ragged civilians with sticks and stones! So let's say clearly the reason why the Tutsi of Bisesero were defeated on May 13, in order not to deprive them of the honor they deserve. That’s why we need to listen to all the witnesses without focusing only on those who have not seen Whites on May 13. Rwandan television viewers heard some of Bisesero's survivors testify to the active participation of Whites in this great massacre. But survivors still suffer because their country, with too few exceptions, relay their word insufficiently. There is a long list of survivors who do not understand why their story remains untold in memorials, although they are at their disposal. History is written slowly, but witnesses are not eternal. It is time to offer to the fifty thousand Tutsi, who died for the most part on May 13 under the fire of heavy weapons, the indivisible truth for burial.